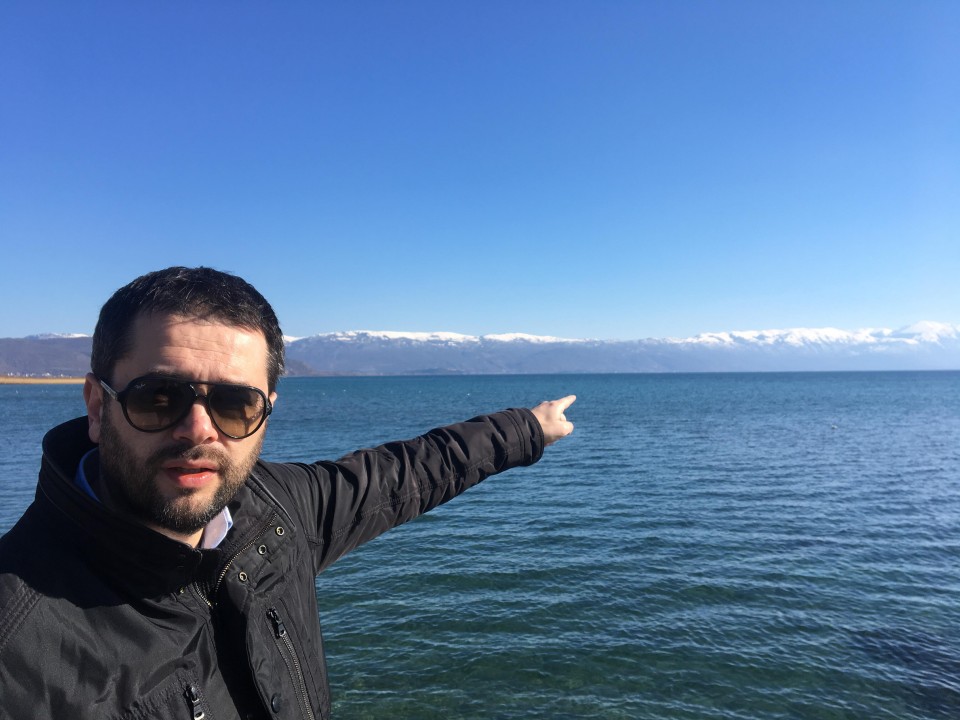 “There a tendency to define ourselves by whom we oppose,” “This is not national identity. It’s just a dangerous illusion.”

SKOPJE, Macedonia — The protesters gathered to denounce NATO. But the commotion suddenly paused as a newly popular song poured from the loudspeakers. Many people joined in the chorus.

“You are Macedonia!” they sang along. “We will not allow the evil hand to grab you.”

But the moment of patriotic harmony dissipated as the speakers began to crackle and whine with feedback. It’s this way across Macedonia: fumbling for expressions of unity in response to the profound solidarity of ethnic Albanians demanding greater rights.

The ethnic Albanian uprising and NATO-supervised peace effort has forced Macedonians to grope for a national identity in a country whose language, heroes and even ethnic roots are the subjects of deep disputes with neighbors.

What has surfaced is a raw and angry brand of nationalism infused with the elements that have fed many Balkan conflicts: a feeling of being righteous victims under threat from all sides.

“We must break out of this way of thinking,” said Stevo Pendarovski, an adviser to President Boris Trajkovski. “Otherwise we go backward, not forward.”

For the moment, such voices of moderation appear overwhelmed.

Many Macedonians shudder at the peace deal to end the six-month ethnic Albanian rebellion. They perceive dark implications for the proposed constitutional changes giving greater language and political rights to ethnic Albanians, who comprise about a third of the nation’s 2 million people. They fear it’s a death sentence for a spiritual and political homeland for Macedonians.

“I am a Macedonian with deep roots, with long traditions and customs and identity,” proclaimed parliament member Gjorgji Kotezski during the opening of debate Friday on whether to move ahead with the peace plan.

“I will never give that up. Macedonians are now entering into an era when their country could disappear.”

That debate was suspended Saturday, reflecting hardline opposition to what nationalists say are concessions to ethnic Albanians gained at the point of a gun. The political impasse finally broke Sunday with an announcement that debate would resume Monday.

But the rally cries for the country are undercut by a lingering insecurity about what it means to be Macedonian.

Over the past century, the territory around Skopje has been snared in nearly every major Balkan power-play. Macedonian eventually became a backwater republic of Yugoslavia and kept under the shadow of the dominant Serbs. A decade of independence – which will be marked Sept. 8- has left Macedonia on the defensive against more powerful neighbors.

To the east, Bulgaria considers the Macedonian language a Bulgarian dialect and stakes claim to heroes revered in Macedonia, including the guerrilla leader Gotse Delchev who was killed fighting the Muslim Ottomans in 1903. Some irredentists still refer to Macedonia as “western Bulgaria.”

Greece, to the south, imposed a crippling economic embargo until 1995 in opposition to the name Macedonia, which Greeks claim is part of their Hellenic heritage as the birthplace of Alexander the Great.

Relations have sharply improved, but the name issue remains unresolved.

Some Balkan scholars have even argued there is no distinct

Macedonian ethnicity at all.

“Garbage,” cried Igor Svetanovska, waving a flag bearing Alexander the Great’s star symbol. “We are the descendants of Alexander. We are a great people.”

programs pump out a stream of patriot songs.

The term “Slav” – once widely used to differentiate from ethnic Albanian countrymen – is now considered an insult suggesting ethnic links to Serbs and others.

“I don’t want to be named Slav Macedonian,” parliament deputy Filip Petrovski told the chamber. “I am Macedonian. The deepest humiliation is when Westerners and Albanians call me Slav.”

Others have turned to the Christian Orthodox church as a common bond against the Muslim ethnic Albanians.

“Pray for our Christian nation. The church is our strength,” shouted a woman waving a bible outside parliament. She gave only her first name, Svetlaka, and her intolerant dream: rid Macedonia of all mosques.

“There a tendency to define ourselves by whom we oppose,” said Mirjana Nagcevska, a researcher at the Institute of Social and Political Research in Skopje. “This is not national identity. It’s just a dangerous illusion.”

But still the anger pours out. NATO is widely perceived by

Macedonians as allies of the ethnic Albanians – first in Kosovo and now in Macedonia. The rebels are resented for the apparent success of their uprising. Paramilitary groups – with names such as Tigers and Lions – are openly recruiting and are lauded in graffiti “Lions roar. Save the country,” said a message on a Skopje apartment building.

“I am not a psychologist,” said Hansjorg Eiff, the NATO ambassador to Macedonia. “But this war in Kosovo has created a trauma here and this, I must say, pathological state of affairs.”